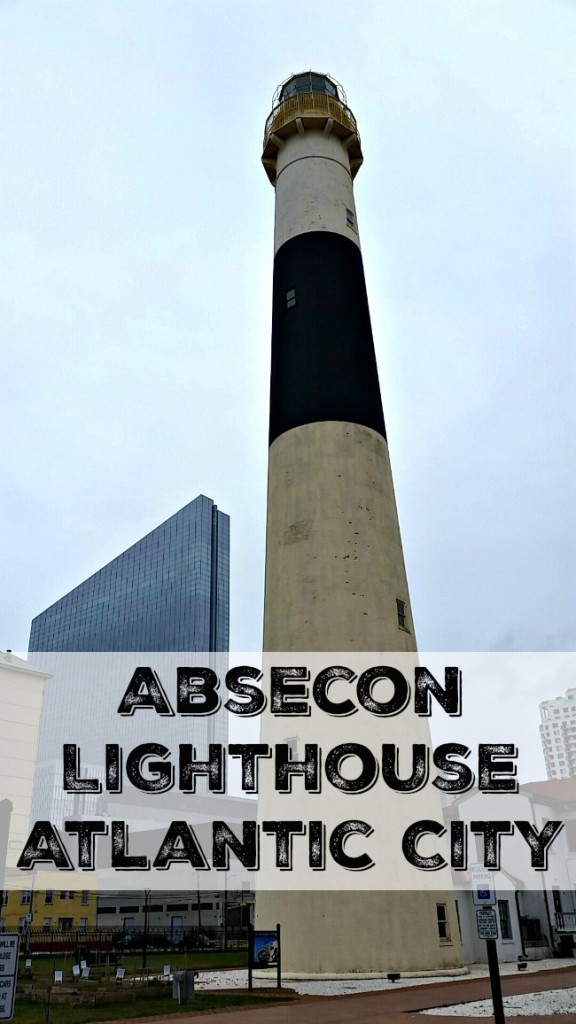 On a recent trip to the Jersey shore, we found ourselves on a lighthouse search. It didn’t start out that way. It started off as a flip the coin adventure. We would flip a coin to tell us which way to drive. After an hour of that, we decided to flip a coin on the shore or the mountains. The shore won. We headed to Cape May, even though the weather was awful. It was freezing, rainy with a snow storm threatening to hit. The good news, it means no one else was at the shore. While driving around Cape May, we stumbled on the lighthouse and the idea to see other lighthouses got in our heads. That is when I learned that Atlantic City had a lighthouse, the Absecon Lighthouse of Atlantic City. 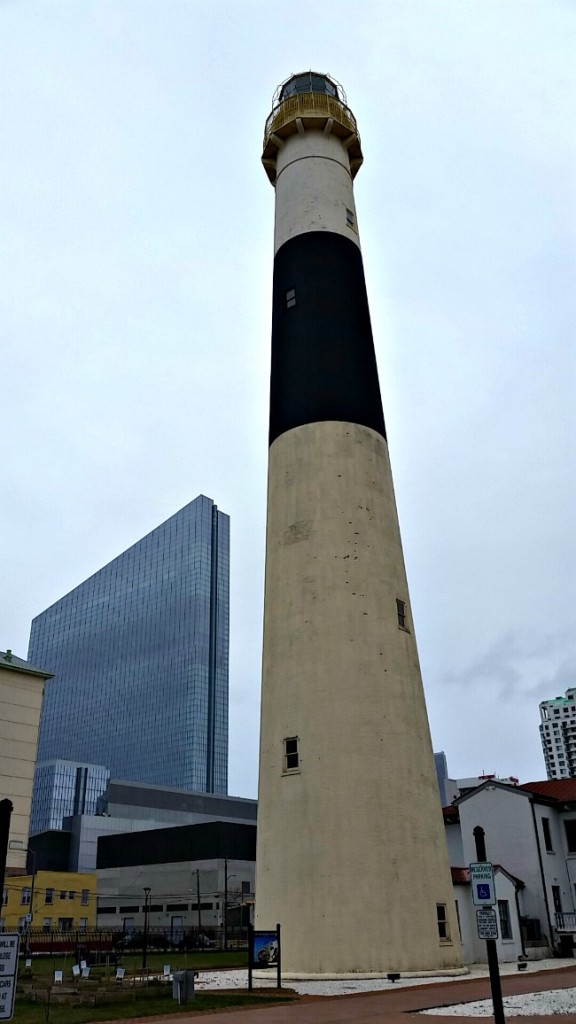 While driving around Atlantic City on a Saturday night, looking for an affordable hotel, not something I would recommend, We drove right by the Atlantic City lighthouse. When we saw it, I was shocked. Of all the times I have gone to Atlantic City, I didn’t even know there was a light house there. Being close to the old Showboat, I have driven by it more times than I could count. I was shocked that I have never noticed it before. While talking with one of the gentlemen who volunteer for the lighthouse, he said he hears that at least one a day from the visitors. 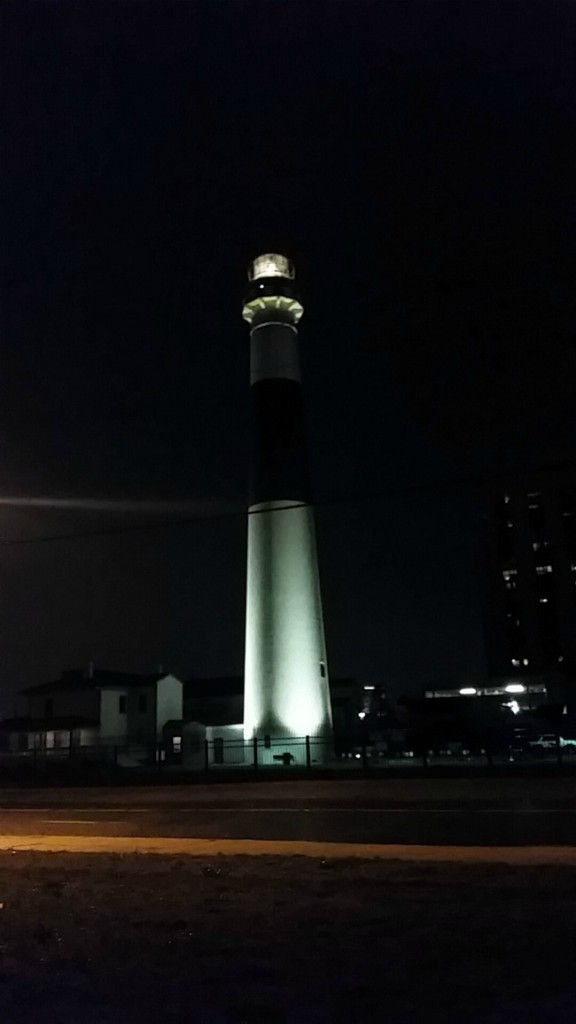 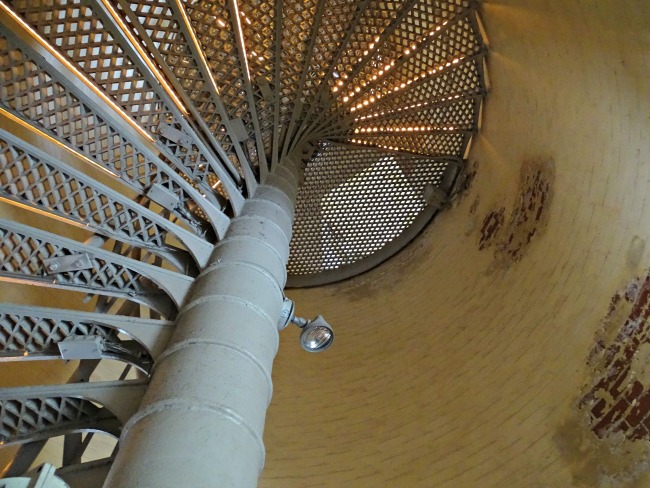 Climbing the lighthouse will give you a breathtaking view when you reach the top. You can see the Atlantic City skyline and the beach and ocean. There is a small barred section that let’s you walk out and around the outside of the lighthouse. You’ll come face-to-face with the original first-order Fresnel Lens, that was first lit in 1857. There is a lighthouse volunteer at the top who can give you a tour, give detailed information and the history of the lighthouse. 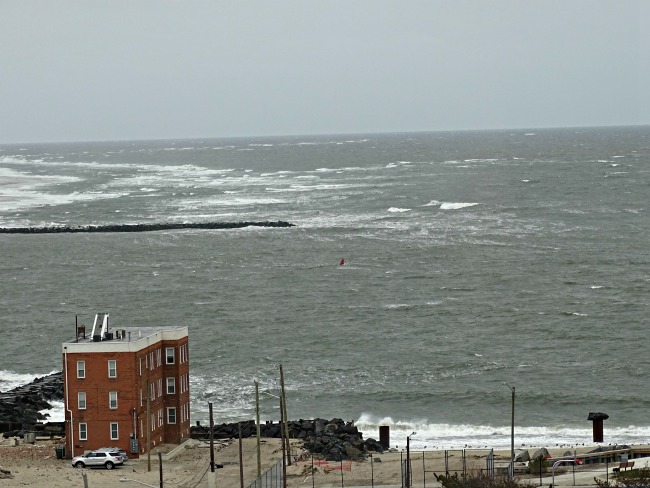 The Absecon Lighthouse was decommissioned and the light was extinguished in 1933. Mariners complained that they were having trouble seeing the lighthouse against the tall and bright Atlantic City skyline, so a new light was mounted on top of a steel tower down the beach and the Absecon lighthouse was no longer used. After years of being sold and transferred, the lighthouse was placed on the historic places registry.

If you are looking for something to do in Atlantic City, I would add visiting the Absecon Lighthouse to the list, even if climbing to the top does not sound appealing to you.