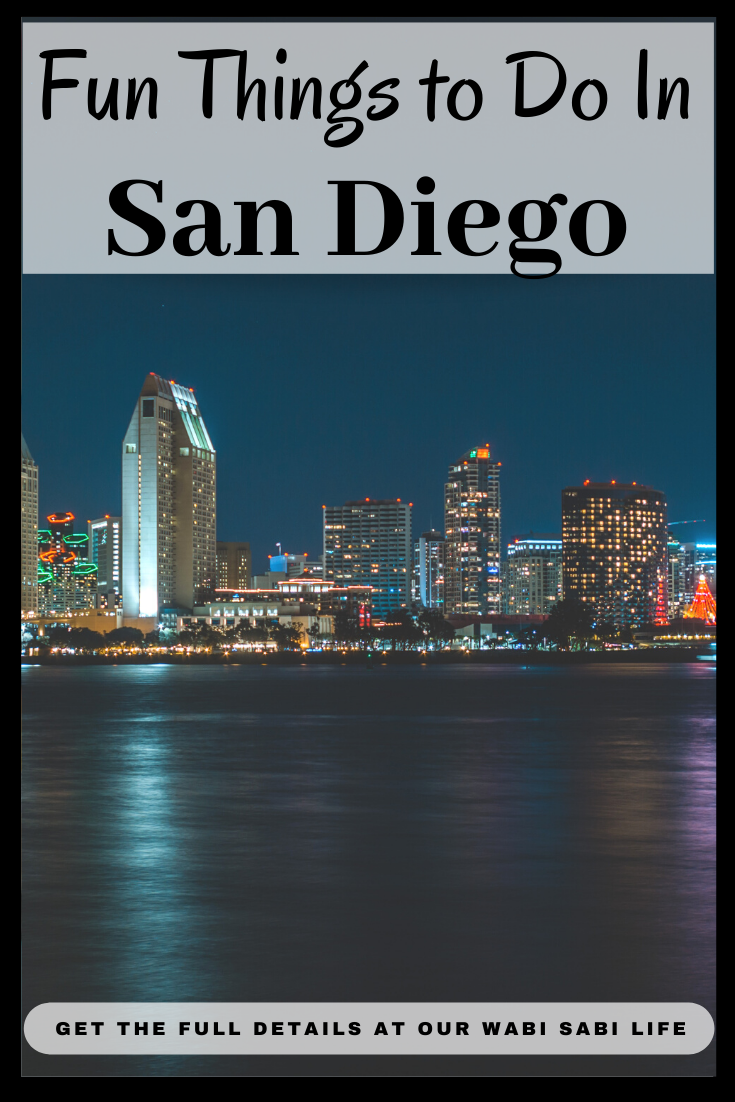 Things to Do in San Diego

San Diego is known for its comfortable climate and a laid back atmosphere. It has a beautiful natural bay and a long and rich military history. With its easy going feel, San Diego is the perfect place to see the waves break as a surfer or as a family. Rich in history, San Diego offers something for everyone. If you are visiting from close by, you want to stop by Browning Dodge Chrysler Jeep Ram to check out the collection of cars for sale or to get your current car checked out by their service center.

This urban park stretches over 1,200 acres and features a world class zoo, museums in Spanish Revival building, live shows, and cultivated areas that have beautifully cultivated gardens. The gardens feature over 350 plant species that were hand picked by the famous botanist Kate Sessions. There is also the Botanical House that houses 2100 individual plants and a beautiful pond that does an annual display of lilies and lotuses.

The USS Midway Museum is located in the harbor at Embarcadero. This ship is part of the Maritime Museum. The ship was commissioned in 1945 and it served in both the Vietnam War and Operation Desert Storm before it became the largest museum that is dedicated to aircraft carriers and naval aviation anywhere. As you take the tour you will be led through the galley, brig, sleeping quarters, the pilot’s ready room and the engine room. There are things to check out like the testing simulators, watch film documentaries and climb into the cockpit.

When you are looking for things to do in San Diego, you want to take a San Diego Harbor Cruise. After seeing the USS Midway, you can take the 1 hour cruise around the bay. The cruise takes you by 50 landmarks and ships that are popular in movies and culture. It is a great way to see wildlife like pelicans, herons and even sea lions.

La Jolla has the most amazing views. This upscale oceanfront community is surrounded by water on 3 sides. It has cliffs with caves and areas with coves that seals and sea lions bathe in the sun. With fine dining, shops, and boutiques, La Jolla has a lot to offer. While visiting the area, be sure to stop by the Legends of Gallery on Prospect Street to see the original art by Dr. Seuss himself.

The first European person to set foot on the West Coast was in 1542 at the southernmost tip of Point Luma. Juan Rodríguez Cabrillo names the area San Miquel. The name changed to San Diego in 1602. The Cabrillo National Monument was first donated by the Portuguese government in 1939 and was later replaced with a replica in 1988.  The national monument’s visitor center has a movie and exhibits to retrace Cabrillo’s voyage along the Californian coast.

You have to go to the Old Town San Diego State Historic Park, which is free to visit. Take a step back into time to the mid 19th century. The park is scattered with restored historic buildings. There are 5 original adobes and detailed replicas. The park has museums, stores to visit, blacksmithing area to watch the blacksmith working the forge and places to see different artisans showing their skills. The Historic Plaza is brimming with the oldest remains of Spanish architecture in California. There is a lot of cultural experiences as well as celebrations.

The oldest scientific institution in Southern California is the San Diego Natural History Museum. The museum was established in 1874. The museum features exhibits that are perfect for all ages. From fossils to dioramas, to models, to interactive stations.

The first Franciscan mission, Mission San Diego de Alcalá, in California was set up in 1769 and was the location of the area’s first execution and first Christian burial. The body of the first Californian Christian martyr, Father Luis Jayme, is buried beneath the chancel. He was killed by a Native American in 1775. The church that stands on the ground now was built in the early 19th century and was restored in 1931 after is had been abandoned for some time.

In the church, you will see the 15th-century choir stalls, that are carved with vegetal patterns and strange beasts. There are also archaeological artifacts like tools, pottery, and weapons.

Up the coastline from La Jolla is the beautiful natural reserve, Torrey Pines State Natural Reserve. The plateau and high cliffs gives the most awesome views of the ocean. With 8 miles of trails, there is plenty to see. These beaches are not like the tourist beaches and shows no sign of civilization. The park is named after the Torrey Pines that have become endangered. The pines only grow in the park and off the coast of Santa Barbara.

During the migration season, this is a great place to see gray and blue whales from the cliffs.

The ocean is very popular when it comes to things to do in San Diego, but it can be troublesome and dangerous for children and people who do not swim well. In La Jolla, a philanthropist, Ellen Browning Scripps, gave the community a gift, a concrete wall to create a sheltered area with calm water. The area is not only a safer place, but it has also become a haven for seals and sea lions to have their pups. People are asked to stay out of the area during the birthing season.

Library Public Market was one of a Navy building has become an enticing food destination. Liberty Station is a place for people to shop for food, get the best wine and beer as well as prepared foods and decorative arts and crafts. There is also must try dining, eateries, and stands.

If you are wondering about what to do when you are in San Diego, you have to try some of the ideas on this list.

« The Crayola Experience in Easton, PA
Free Things to Do in Atlanta »